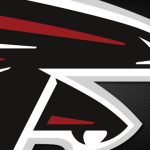 Come out tonight as we introduce all the Fall Varsity athletes with our meet the team night at 6pm. The event will take place at Falcon Pride Stadium, in case of bad weather we will move into the High school gymnasium. The athletic Boosters will also be accepting for the last time tonight patron ads 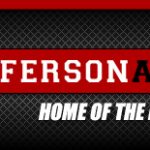 Jr High Coed soccer will begin conditioning Monday July 10, 2017 from 7am – 9am at the soccer field behind the Board of Education building. Conditioning will run Monday – Thursday all of July. Students should dress appropriate for playing soccer. Be sure to bring Water bottle (water provided) Flat soled athletic shoes (for distance

The Spring sports awards night will take place on Monday May 22nd starting at 6:30 in the High School Cafeteria. At 8 pm on Monday the 22nd, the Fall Mass Player-Parent meeting will take place at 8 pm in the Auditorium. This meeting is mandatory for all athletes who will be in grades 9-12, who 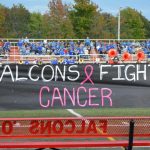 Reminder to all Fall sports participants, the Fall Athletic awards banquet will take place on Monday November 14th starting at 7pm. All athletes should bring any uniforms or equipment they have yet to turn in. Hope to see you there.

Monday, October 10, 2016 7:00 PM Jefferson Area High School AWAY 0 Champion High School HOME 3 Game Recap Jefferson fell to AAC Blue Tier opponent, Champion, Monday night. The Falcons had their moment and created some good chances, including a goal that was called offsides in the first half, but they were unable to

Tuesday, October 4, 2016 7:00 PM Jefferson Area High School AWAY 3 Labrae High School HOME 0 Game Recap Jefferson shut out the Vikings of LaBrae High School Tuesday night. It was a three goal effort from the Falcons with two coming from Junior midfielder, Nick Chiacchiero, and one from Junior striker, Brent Cotton. It

Tuesday, September 27, 2016 7:00 PM Newton Falls High School AWAY 1 Jefferson Area High School HOME 4 Game Recap The Falcons of Jefferson once again topped an AAC conference foe as they faced off against the Newton Falls Tigers. Jefferson controlled the majority of the match with controlled passing and strong defense. It was

No Events This Week

Events are added by athletic staff.
View All Events