The Jefferson Wrestling Falcons had a tough home debut on Wednesday February 3rd against Conneaut. In a wildly entertaining dual that came down to the last couple matches… the Falcons were just short, losing 36-24. Jonathan Waszil notched a pin as time was winding down in the 3rd period. Mason Pawlowski, Colt Edgar, and Brent

The Junior High Wrestling Falcons had a tremendous weekend at one of the toughest league tournaments in the state. With only 4 wrestlers competing they were able to take 12th out of 27 teams. Leading the falcons were two champions. Parker Pikor won the 80 pound bracket in dominating fashion with 3 pins in 4 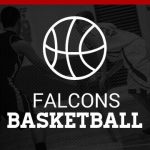 Tonight’s Boys JV and Varsity basketball games have been postponed due to weather.  They are rescheduled for tomorrow Feb. 8th.Jv tips of at noon, Varsity at 1:30 PM.

Congratulations goes out to Jefferson’s 160 pound wrestler, Colt Edgar. Colt placed 4th in the Eastern Ohio Wrestling League Tournament. This tournament is one of the toughest league tournaments in the entire state. Highlighting his tournament was a come from behind victory over a state ranked wrestler from Canfield. Colt was down 4 points with

No Events This Week

Events are added by athletic staff.
View All Events