The Junior High Wrestling Falcons had a tremendous weekend at one of the toughest league tournaments in the state. With only 4 wrestlers competing they were able to take 12th out of 27 teams.

Leading the falcons were two champions. Parker Pikor won the 80 pound bracket in dominating fashion with 3 pins in 4 matches while not giving up an offensive point. Kaige Boczar also had a domination performance. He won 3 of 4 matches by pin, highlighted by a come from behind pin in the third period of the semifinals. His other match was won by technical fall. 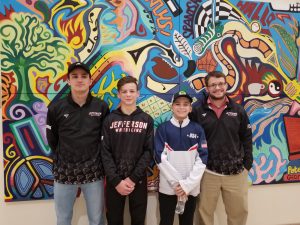 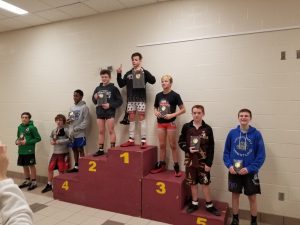 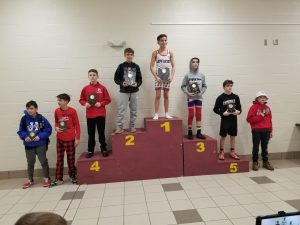